2015 was the 60th birthday of our 1955 Vagabond.  It was also the first year we got to celebrate boating in it although its been in my family’s possession since the early 1980's.  We were able to launch it for our first time on the month of the 60th anniversary of the month it was made.

My father saved this boat from going to the scrapyard in the early 80’s when his friend was getting rid of scrap aluminum,  offered it to him for the cost in scrap aluminum weight.  My dad had good intentions of doing something with it but never had the funds or the time with plenty other projects going on.  I've always had a boat since before I was 10,  and always admired the lines of this vessel while mowing around it as the years went by,  but never did anything with it until 2010.  With the help of this great site and the people associated with it I decided I could acquire the things I needed to do something about getting this boat back on the water.  The Evinrude Lark that’s on it now has been in our family since the 60’s and it is “the” motor I learned to ski behind.

Darlene at the controls at Rivetpalooza 6   2015 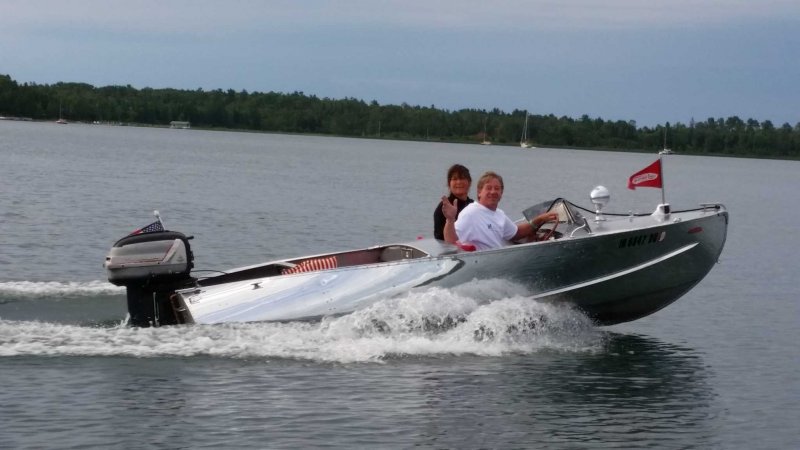 Our first launch on the 60th anniversary of the month the boat was made,  May 2015.  From left to right,  my father Ray,  myself and Nub Niles, my fathers friend that sold the boat to my father for scrap aluminum in the 80's. 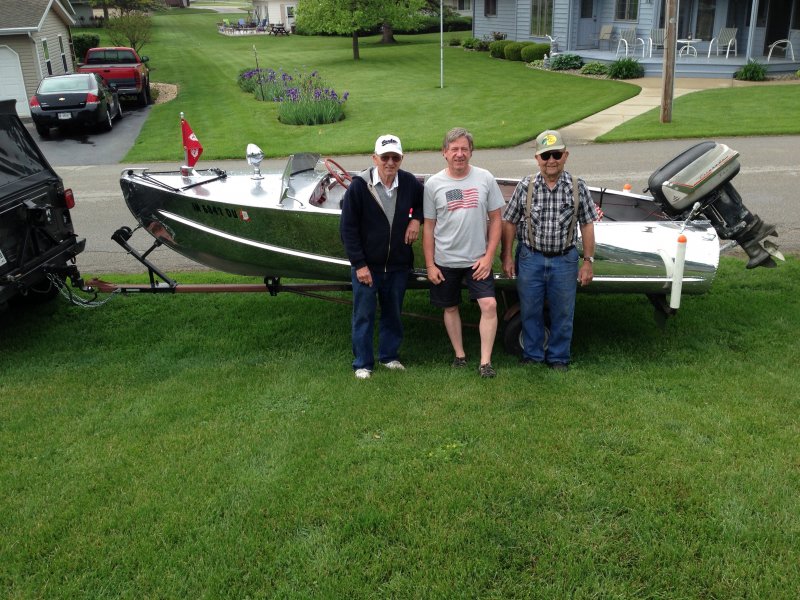 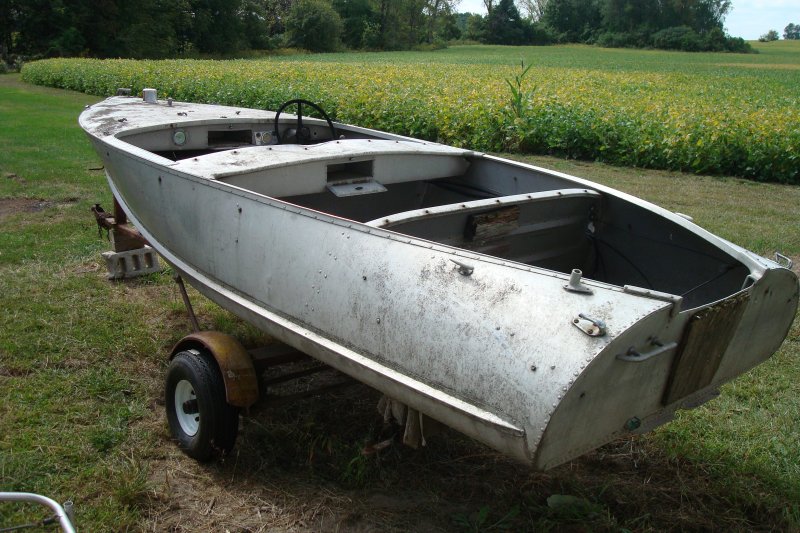 A photo opportunity I couldn't pass up.  Look at the Motel sign.  Paradise, MI  2015 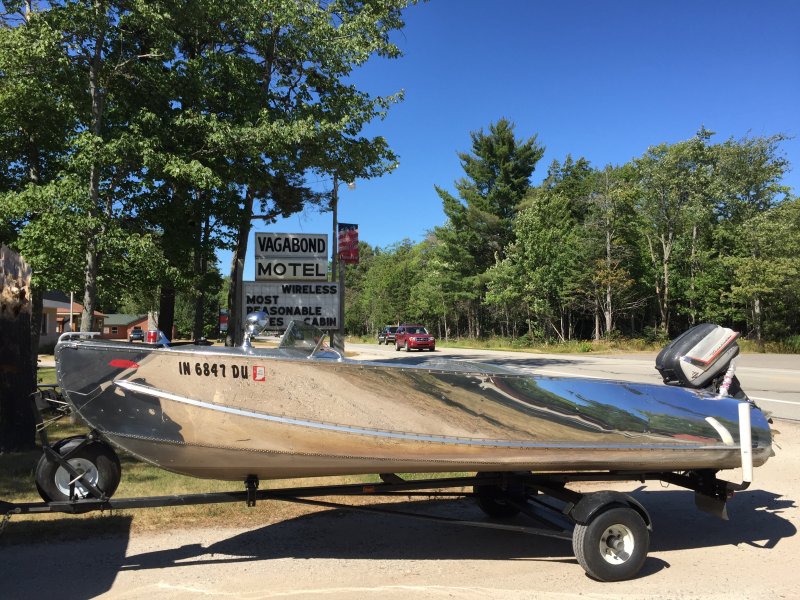