glasses for the first time. 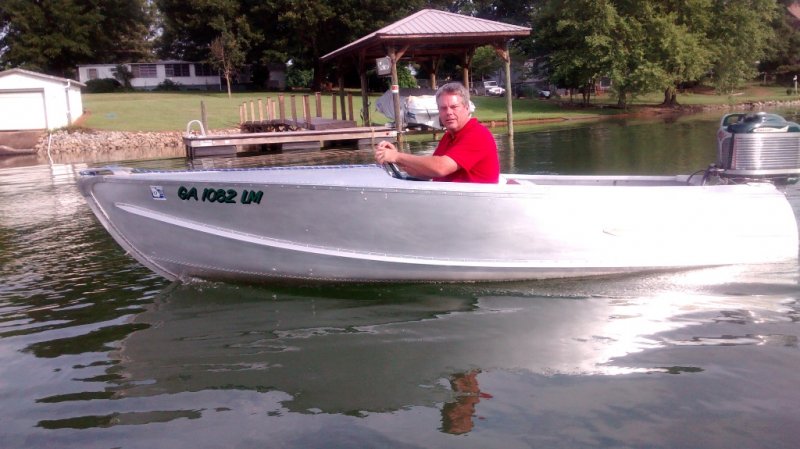 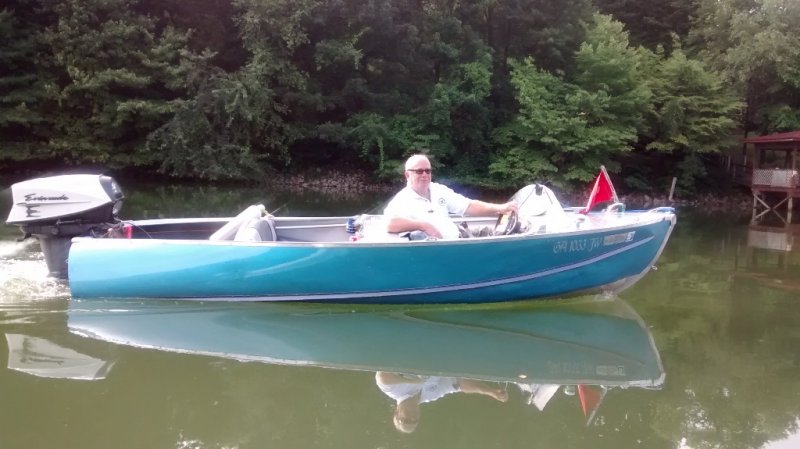 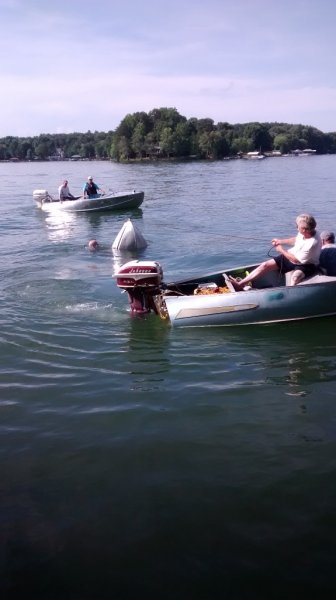 Dan on rope with me in my Vagabond, John C. in the water with Mark's Firefly, Ray M in his Vagabond with passenger John F. who piloted the mishap. No harm done and no injuries. 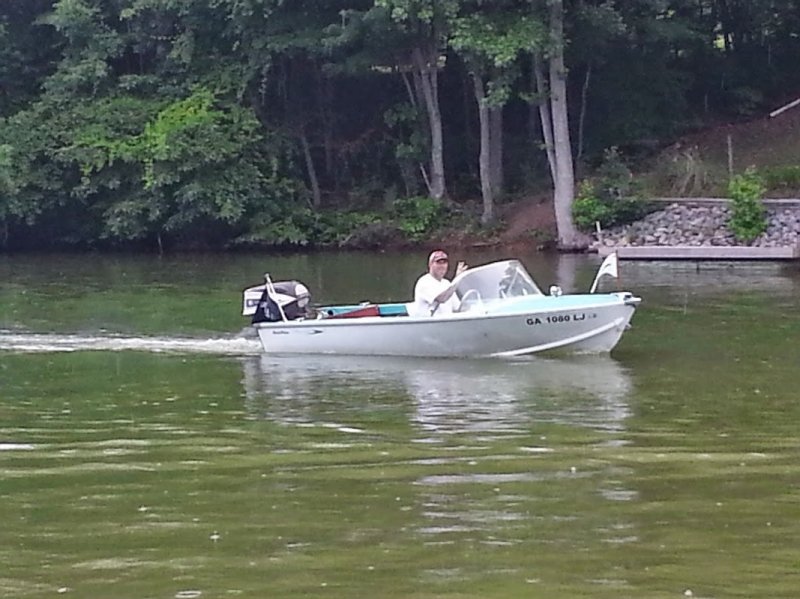 Jay in his Cherokee with 40hp OMC RPV 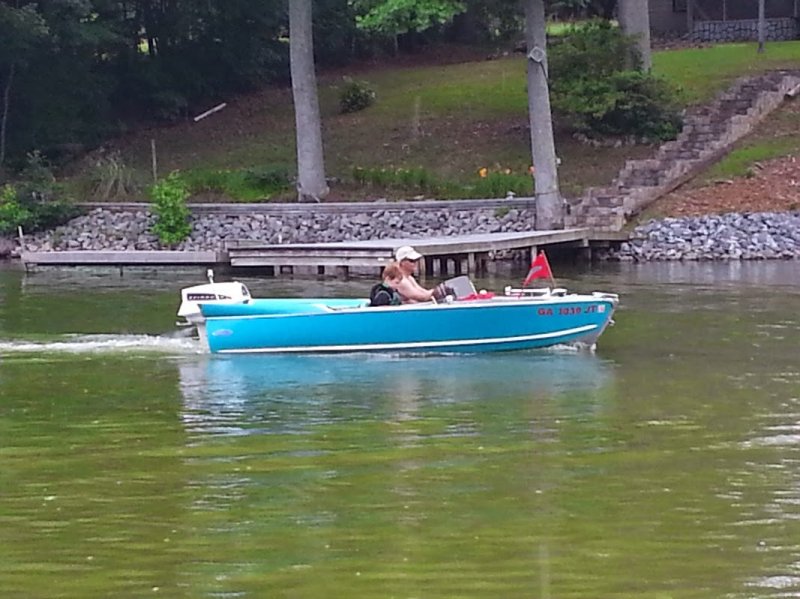 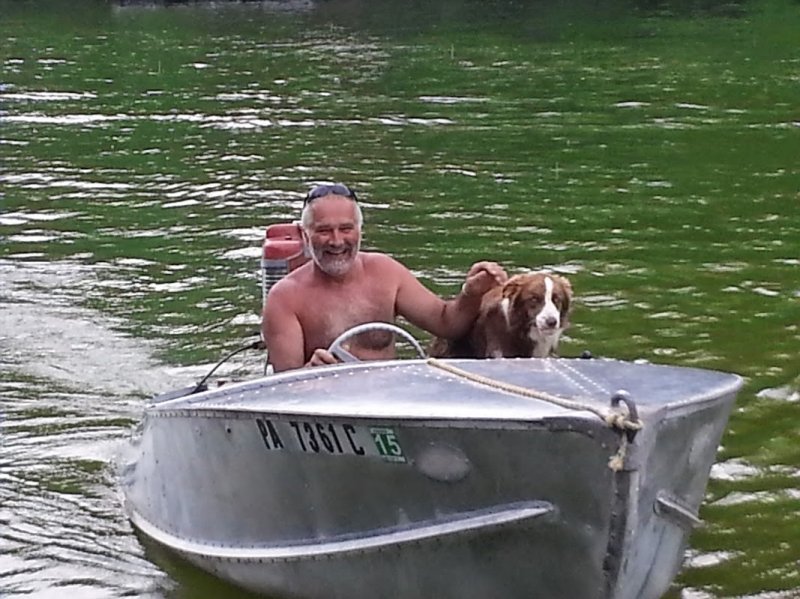 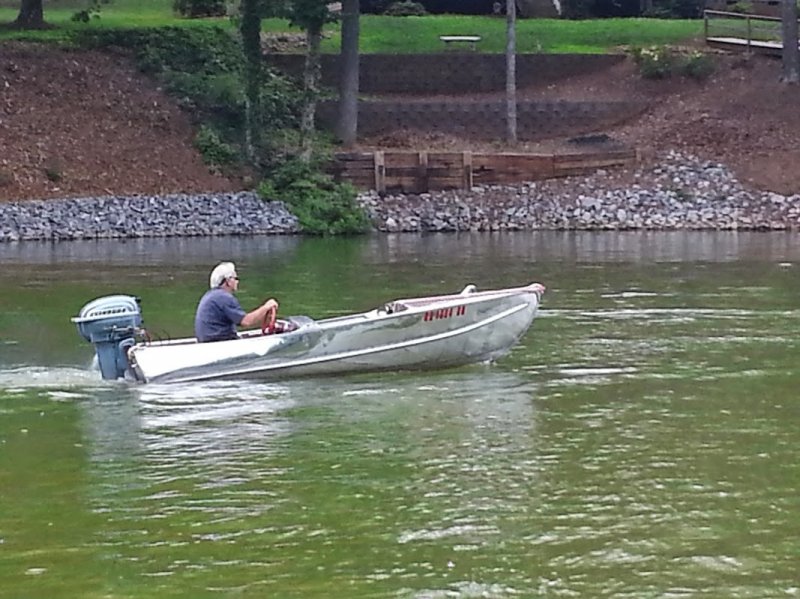 Dr. Chip B. and I, Darlene and Russ in the background RPVI.

Looks like I hit the directory size limit of 2meg with this last photo.